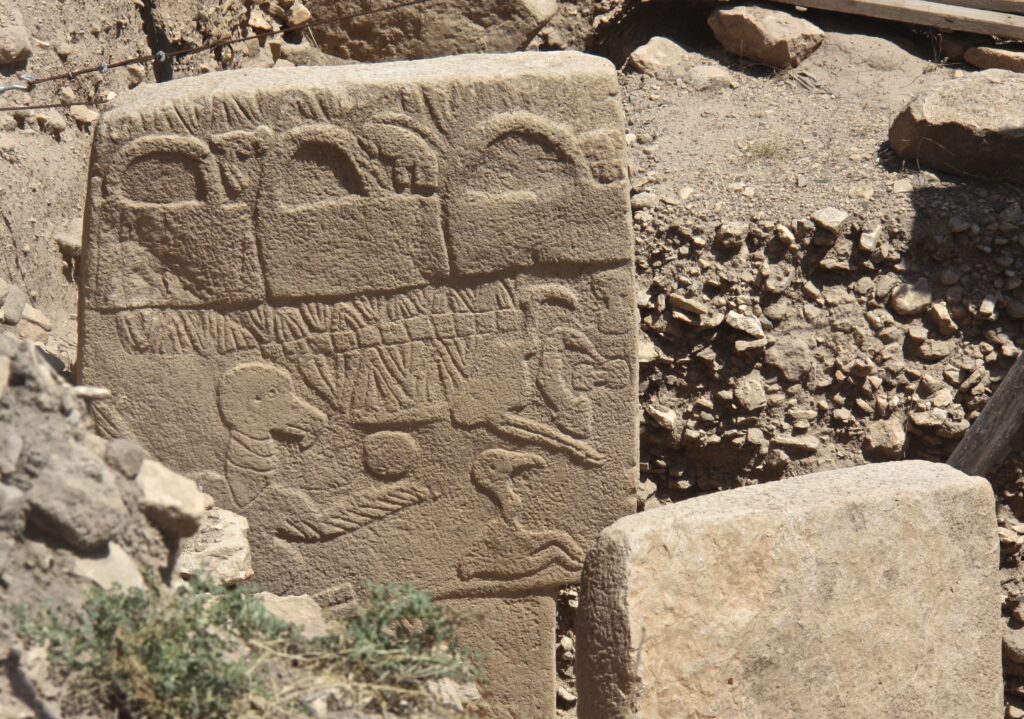 Archaeologist believe that Göbekli Tepe is over 10,000 years old making it one of the oldest human settlements ever found. (I have plans to visit Göbekli Tepe)

I’ve been thinking about the the absence of a roof on the enclosures, the T pillars, the carvings of: vultures, hyenas, snakes and other animals pictured throughout the site; and the way the enclosure pathways and walls circle around and led to the center area of the T pillars.  When you combine that with the skull fragments discovered (several archaeologists to say this may have been a death skull cult of some type), I think that Göbekli Tepe was a place where people placed their dead.  I’m think animals and insects were “invited” in (think about vultures sitting on the T pillars) and help the decomposition process.  I’d like to see if there is any bird dropping remains that could be tested for on the pillars but I’m guessing 10,000 years might have removed any evidence of this.  I know other than the skull fragments, they haven’t uncovered any human remains but I think it’s quite possible that the remains were removed and buried elsewhere.  Maybe they will discover the remains in the future. What do you think of my pseudo-archaeologist hypothesis?