They exist at the edges of what we call reality. They might appear in the corner of your eye and when you turn to look there’s nothing there, but you were absolutely sure there was something there. They might appear at dusk and be obscured by the waning light. They might even appear in broad daylight and look as normal as you and me but when you approach you feel that something isn’t right or you notice there’s something out of place or when you glance in their direction, they might show you a bizarre bodily deformity.

There are good, bad, and everywhere in between Yokai. Some have been known to kidnap people and take them to the between worlds of the Yokai. Some help people who are lost. Some Yokai are simply evil and demon like. Other Yokai revel in deceiving and misleading humans not necessarily for malicious reason but just because they enjoy the challenge. And some Yokai might be nice on one day and destructive the next. Some are shapeshifters, some take the form or features of animals, others have magical abilities and other still have superhuman strength and or other abilities.

Did I mention that Japanese anime is based on or at the very least inspired but Yokai? Japan has an enchanted culture and history although some credit must be given to China as well because many of the Yokai have Chinese origins. Chinese and Japanese cultures are oftentimes related through a history of conflicts, outside occupations and other connections. 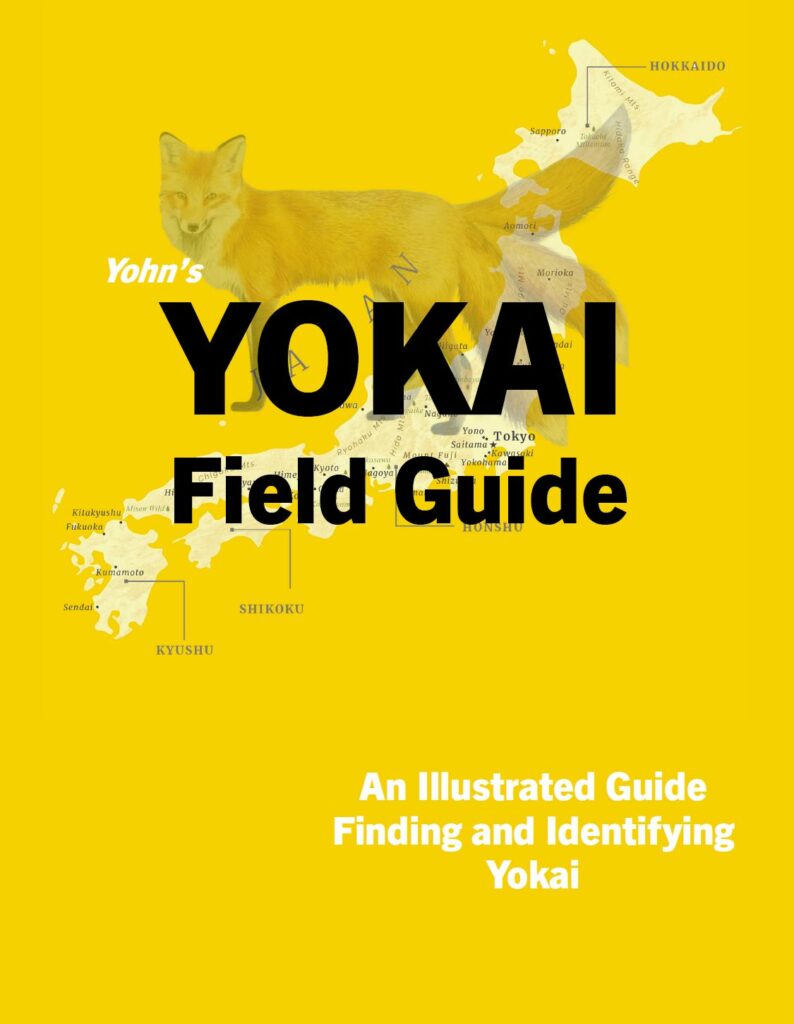 Revealing my time and studies in Japan, the Yohn’s Field Guide includes useful identification information paired with over 300 illustrated Yokai and known habitations.

The Yokai in this guide were chosen for their extraordinary characteristics and behaviors. They are sometimes common but more often than not the strangest, most mysterious, and shrewdest all combined with the likelihood of encounters.